Does the truth really set us free? 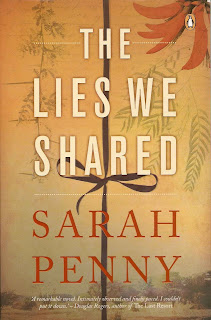 This novel is rooted in the African earth and the heart of the story comes from the narrator’s love of the land.
We meet Rebecca Falconer on a cold wintry morning in London as she wakes in a cheerless bedsit. Her 70-year-old mother has just died, and she journeys to her parents’ home in Dorset for the funeral. The other central people in her life are her father, Dickie, her brother, Howard, and his pregnant wife.


They are refugees from Zimbabwe – just a year previously her parents were thrown off their farm courtesy of President Robert Mugabe’s land invasion policies. Mother, father and daughter fled to England, where Howard had already settled and made a home.
Rebecca feels rootless in London, where she experiences debilitating panic attacks.

With time off over the December break, Rebecca decides to travel
to Kenya, where her mother, Elizabeth, was born, grew up and married her first husband.

Only after her husband was murdered did her mother migrate south to Zimbabwe.

Rebecca’s knowledge of her mother’s past is sketchy. On a whim she decides to visit the farmhouse, Ol Lokop, where her mother spent her early life and a few of the years of that first marriage.

It’s been nearly 50 years since her mother lived at Ol Lokop, where her first husband was murdered by a Kenyan servant, a man more friend than servant, who had known his victim for over a decade.

The farm is now owned by a young couple, who have rondavels for rent, and Rebecca settles in, seeking something – clues to her mother’s life, a hope of belonging, infused with a deep, burning ache for Africa and grief over the loss of the family farm in Zimbabwe .

The narrative moves between present and past. Rebecca, born in 1969, grew up during the War of Independence, a time of uncer-tainty, bomb-proof vehicles, a time when fear was as ever-present and as real as the smell of smoke.

Children learned to know and handle guns and witnessed death first hand: “When I was a little kid, during the war, I used to be scared a lot of the time… I never thought it would be nicer not to be scared because I’d never lived in a
country at peace.”

The unhappy experience of having lived through a war comes through powerfully, the past recalled in such lavishly detailed passages.

It had been assumed that the farm would eventually pass to Rebecca, and her love for it, Zimbabwe and the land remains evident throughout the novel.

Meanwhile, Rebecca ponders the past her mother never spoke about, and through the young couple who now run the farm she meets the elderly Grant Windermere, frail and close to death, a man who knew her mother and her first husband. At this point the novel becomes thriller-like in intensity.

In this outstanding novel, we journey with Rebecca as she moves closer to an understanding of what occurred – a truth, or a set of lies she never suspected existed.

Past and present intertwine as Rebecca lives vividly in both, edging towards the precipice of understanding.

The Lies We Shared is rich in other details too – this is also a story about the farm invasions and their devastating impact on the lives of the farmers and their families who had to flee the country.

But this is primarily a story about a fractured relationship between mother and daughter, of Rebecca’s closely-observed psychological journey toward some kind of resolution.

Rebecca’s immersion in the land and lives of some of the Kenyans she encounters adds to the rich seam of strands that make up this story.

Ultimately, this is about the lies we choose to tell, and sometimes to keep, in order that we may go on living, whatever the cost, and whatever the damage done.
Published in The Star, June 9 2011
Posted by Arja Salafranca at 4:15 AM